Championship Success for our Minor Boys 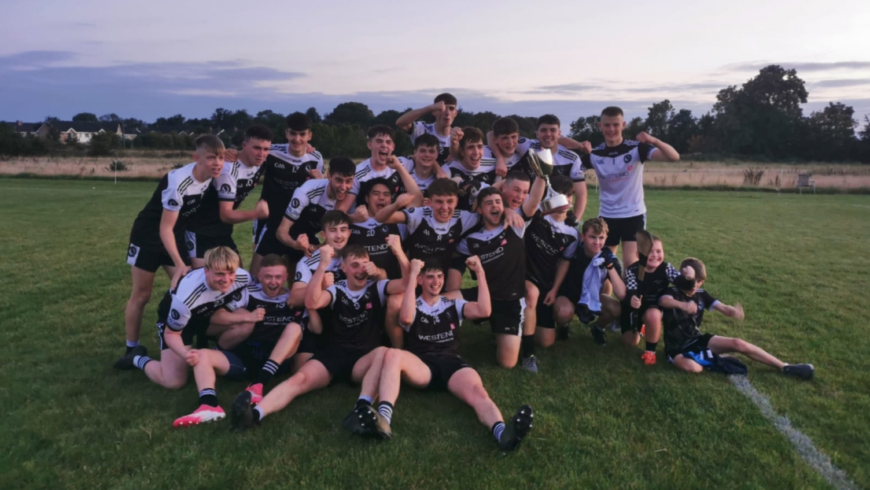 Last Wednesday saw our Minor Boys battle it out against Roundtowers Lusk in the delayed 2020 Minor D Football Championship.

Having overcome Kilmacud Crokes in the semi final the boys were in flying form heading into the match.

Strong standout performance from Eoin Harte saw St. Peregrines pull ahead in the early stages followed shortly after with a goal by Caelum Moriarty saw the visitors lead by 2 points at half time.

From there St. Peregrines kicked on to win the Championship on a score line of 2-16 to 1-10.

Congratulations to all the players and coaches!

Proud to be part of